Joint stock company “United Transport and Logistics Company – Eurasian Rail Alliance” (JSC UTLC ERA) provides services for transportation of containers by regular container block trains on the route China-Europe-China through the territories of the Republic of Kazakhstan, the Russian Federation and the Republic of Belarus.

JSC “United transport and logistics company – Eurasian railway Alliance” was established in April, 2018 by restructuring of JSC “United transport and logistics company”. The company is a legal successor regarding operating business. It can be clearly stated that following the results of the first year of work in the new capacity, JSC “UTLC ERA” has consolidated its status as a leading operator of the cargo transit transportation on the 1520 mm track. This has confirmed the effectiveness of the partnership as an approach to business and the successful course of integration processes on the territory of the EEU countries.

In 2018 370,000 containers were transported via the Eurasian routes with the 76% share of service of JSC “UTLC ERA”. Last year the leading research Agency INFOLine Logistic placed JSC “UTLC ERA” on the second place in the rating of the Russian transport and logistics companies which work via the model “without assets”.

An important milestone was a launch of the rail container index, Eurasian Rail Alliance Index (ERAI), presented in October, 2018 by JSC “UTLC ERA” to ensure that every client can retrieve relevant and transparent information about the cost of rail container shipments on the route China – Europe – China in the real time on www.index1520.com. Before the advent of the ERAI index any other similar tool for rail container transit didn’t simply exist. The ERAI index, reflecting the indicative cost of rail transit services on the 1520 mm track, has already been included in the report “Sea and Air ShipperInsight”, prepared by the leading international independent analytical agency Drewry. Thus, for the first time on the international level the role of the Eurasian railway transit has been recognised and highly appreciated”, – said Alexey Grom, General Director of JSC “UTLC ERA”. 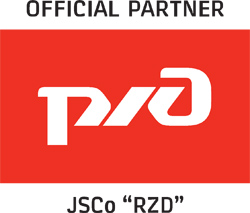